Bad Boys Blue are a multinational pop group that was formed in Cologne, Germany. The group performed many international hits including “You’re a Woman”, “Pretty Young Girl”, “I Wanna Hear Your Heartbeat”, and “Come Back and Stay”.

Bad Boys Blue band was formed in the summer of 1984 in Cologne (Germany) by producer Tony Hendrik (Coconut Records) and his wife Karin van Haaren. They planned to look for members of the new group in England, but finally they found them in Cologne. The original Bad Boys Blue line-up was following:: Jamaican Trevor “Supa T” Taylor (the original lead vocalist), British John McInerney, and American Andrew Thomas.

Their debut single “L.O.V.E. In My Car” was released in autumn 1984. It failed to make an impression in the pop charts but it did very well in the discos and clubs. In spring 1985 released follow-up “You’re a Woman” became very popular in Europe, reaching the top 10 in many European countries. The track that was sang by Trevor Taylor appeared in many european charts – Switzerland #2, Sweden #2 and Germany #8. In summer 1985 was released the debut album called “Hot Girls – Bad Boys”. The next single released from the album was “Pretty Young Girl” was very successful as well.

1986 brought another two hit-singles: “Kisses And Tears (My One And Only)” and “I Wanna Hear Your Heartbeat (Sunday Girl)”. The both singles promoted the second album called “Heartbeat”, which contained two covers: Billy Ocean’s ”Love Really Hurts Without You” and “Baby I Love You” (originally performed by Phil Spector). ”Love Really Hurts Without You” even released as a single, but it wasn’t successful.

In 1987 single “Gimme Gimme Your Lovin’ (Little Lady)” was released. Next single – “Come Back And Stay” – was the first track which John sang lead on and its big trump were female parts sang by Lyane Leigh. The single was successful – especially in Germany. In June was released the 3rd album called “Love Is No Crime”, with both Trevor and John as lead singers.

Album “My Blue World” was release in 1988 as well as three singles: “Don’t Walk Away, Suzanne”, “Lovers In The Sand” and “A World Without You (Michelle)” (Germany #17). The remixes of the last two singles were also released as special limited editions. Only two songs on “My Blue World” are sang by Trevor (“”Bad Reputation” and “Love Don’t Come Easy”). Trevor Taylor didn’t want to stay in the background and decided to leave the group at that time and has continued his career in another groups – “Street Noise”, “Ozazuvas”, “Supa T.” and “Umoya”.

The group found a new member, Trevor Bannister. New album called simply “The 5th” was release in 1989 and contained two singles: “Lady In Black” and “A Train To Nowhere”. Also in 1989 was released the compilation “Super 20”. “Game Of Love” album was released one year later. The album was promoted by three singles: “How I Need You”, “Queen Of Hearts” and “Jungle In My Heart”. In 1991 the single “House Of Silence” and new album under the same title were released . Though there were plenty of good tracks on it, the record company decided to not promote it with the next singles.

In 1992 was released the next album “Totally” that was promoted by three singles: “I Totally Miss You”, “Save Your Love” (Germany #16, USA #89) and “A Love Like This”. The first two singles were released in the U.S. as special editions containg new remixes. The group became massively popular in Eastern Europe and South Africa, with the band performing to sell-out crowds in Russia and Ukraine but the band never charted in the UK. The only successful chart hits in U.S. were singles “Save Your Love” (1993) and “Luv 4 U” (1994). Those singles were from two of their albums that were released stateside. Those albums are Bad Boys Blue (1993 – compilation released only in U.S.) and To Blue Horizons (1994). 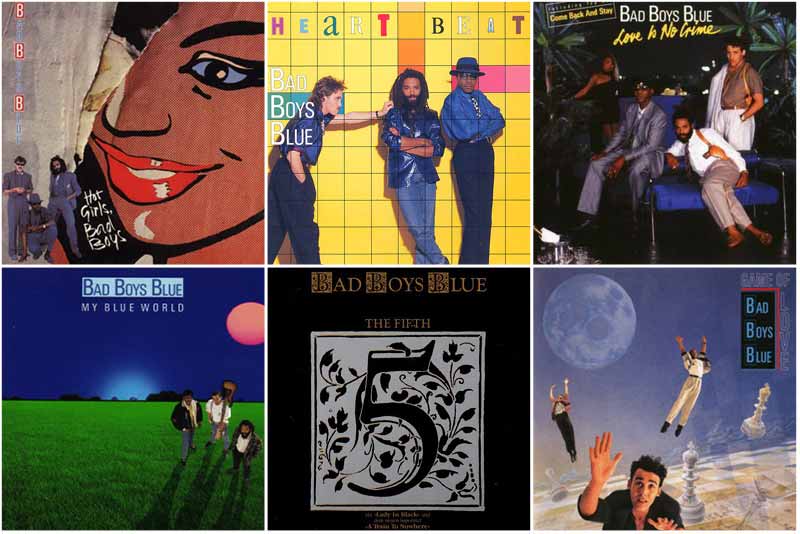