Erasure – English duo, consisting of Andy Bell and founding member of Depeche Mode, Vince Clarke who split with Yazoo partner Alison Moyet after releasing two hit albums. Erasure formed in London and entered the music scene in 1985 with debut single “Who Needs Love Like That”. Following the release of their fourth single “Sometimes”, the duo established itself on the UK Singles Chart and became one of the most successful artists of the mid-to-late 1980s and early 1990s.

Erasure’s first three singles were commercial failures in the UK, although the third, “Oh L’amour”, charted well in Australia and a few European countries. Their debut album, Wonderland, was mostly recorded in 1985 and released in June 1986. Although it only made the UK Top 75, it was successful in Germany, making the Top 20.

Thanks to their fourth single, “Sometimes”, Erasure finally received recognition in the UK. “Sometimes” peaked at number 2 in the UK and Germany and spent many weeks in the Top 40. The Circus album that was released in March 1987 turned platinum in the UK. It contained three additional hit singles: “It Doesn’t Have To Be”, “Victim of Love” and “The Circus”. The album remained on the charts for more than a year.

Their third album, The Innocents, was released in April 1988. Preceded by successful single “Ship of Fools”, the album hit number one in the UK and returned to the summit a year later, going triple platinum. It also turned platinum in the United States, generating two Top twenty hits in “Chains of Love” and “A Little Respect”. The Innocents was the first of five consecutive number one albums for Erasure in the UK, including the greatest hits compilation Pop! The First 20 Hits.

In November 1988, the Crackers International EP, led by the song “Stop!”, hit number two in the UK singles chart. The albums Wild! (1989) and Chorus (1991) both contained four Top 20 singles and were major sellers. Crackers International was bettered in 1992 by another EP, Abba-esque, which became Erasure’s first number one in the UK Singles Chart. 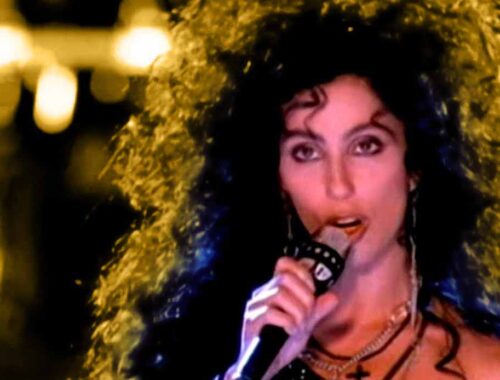 Cher – If I Could Turn Back Time

Tears For Fears – Everybody Wants to Rule the World