Falco (Johann Hölzel) was an Austrian pop and rock singer, musician and rapper. He had several international hits: “Rock Me Amadeus”, “Der Kommissar”, “Vienna Calling”, “Jeanny”, “The Sound of Musik”, “Coming Home (Jeanny Part 2)” and posthumously, “Out of the Dark”. “Rock Me Amadeus” reached No. 1 on the Billboard charts, making him the only artist whose principal language was German to score a vocal number-one hit in the United States (Bert Kaempfert reached #1 in January 1961 with the instrumental “Wonderland by Night”). His estate claims he has sold 20 million albums and 15 million singles, which makes him the best selling Austrian singer of all time.

Falco’s first hit was “Der Kommissar” (“The Commissioner”) from the 1982 album Einzelhaft. A German language song about drug consumption that combines rap verses with a sung chorus, Falco’s record was a number-one success in many countries but failed to break big in the US. The song, however, would prove to have a life of its own in two English-language versions. British rock band After the Fire recorded an English cover version, somewhat loosely based on Falco’s lyrics and also called “Der Kommissar” This time, the song shot to number five in the United States  in 1983, though it failed to crack the UK Top 40. That same year, American singer Laura Branigan recorded a version of the song with new English lyrics under the title “Deep In The Dark” on her album Branigan 2.

After a second album, Junge Römer (Young Romans) failed to provide a repeat to his debut single’s success (outside of Austria and Germany, where the album topped the charts), Falco began to experiment with English lyrics in an effort to broaden his appeal, and chose a new production team. The result would be the most popular album and single of his career.

Falco recorded “Rock Me Amadeus” inspired in part by the Oscar-winning film Amadeus, and the song became a worldwide hit in 1986. This time, his record reached No. 1 in the US and UK, bringing him the success that had eluded him in that major market a few years earlier. The song remained in the top spot of the Billboard Hot 100 for three weeks and his album, Falco 3 peaked at the number three position on the Billboard album charts reached number six in the Billboard Top R&B Singles Chart (once called the “Black Singles” chart), becoming the first major hit by a white artist since Blondie’s chart-topping “Rapture” five years earlier.

Falco 3 peaked at number 18 on the Top R&B/Hip-Hop Albums charts. Ultimately, “Rock Me Amadeus” went to the No. 1 spot in over a dozen countries including Japan. Follow-up single “Vienna Calling” was another international pop hit, peaking at No. 18 of the Billboard Charts and No. 17 on the US Cash Box Charts in 1986. A double A-side 12″ single featuring remixes of those two hits peaked at No. 4 on the US Dance/Disco charts.

“Jeanny”, the third release from the album Falco 3, brought the performer back to the top of the charts across Europe. Highly controversial when it was released in Germany and the Netherlands, the story of “Jeanny” was told from the point of view of a possible rapist and murderer. Several DJs and radio stations refused to play the ballad, which was ignored in the US, though it became a huge hit in many European countries, and inspired a sequel on his next album.

In 1986, the album Emotional was released, produced by Rob and Ferdi Bolland (Bolland & Bolland). Songs on the album included “Coming Home (Jeanny Part 2),” “The Kiss of Kathleen Turner”, and “Kamikaze Capa” which was written as a tribute to the late photojournalist Robert Capa. “The Sound of Musik” was another international success. In 1987 he went on the “Emotional” world tour ending in Japan. In the same year he sang a duet with Brigitte Nielsen, “Body Next to Body”; the single was a Top 10 hit in the Germanic countries. The album Wiener Blut (Viennese Blood) was released in 1988 but it did not get much publicity outside Germany and Austria.

In 1990, he wrote a song about Cindy Crawford and Tatjana Patitz, “Tanja P. not Cindy C.”, which appeared on the album Data de Groove. After 1986 there were a number of European hits, but Falco was rarely heard in the US and the UK. His 1992 comeback attempt, the album Nachtflug including the song “Titanic”, was successful in the German speaking territories but failed to chart internationally. 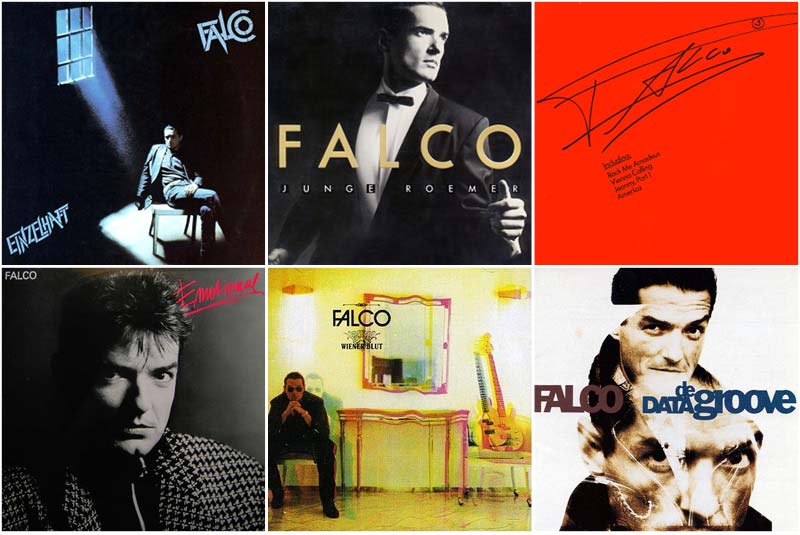 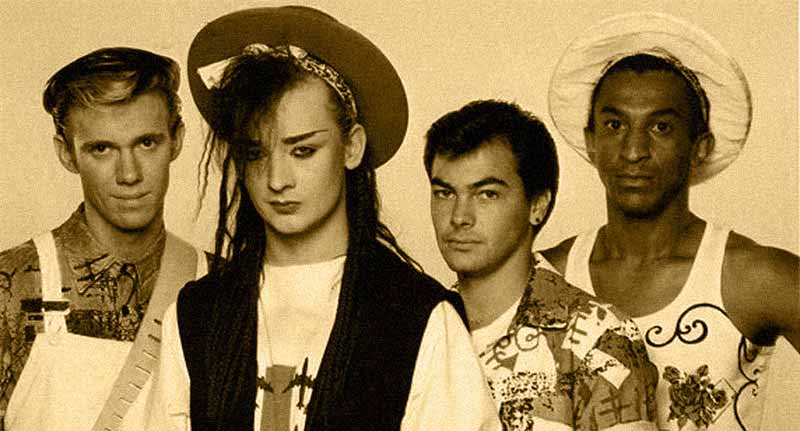 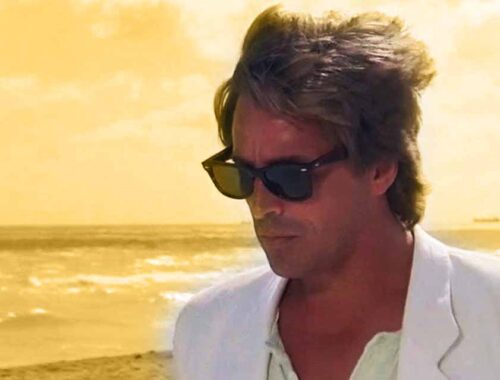