Ultravox are a British new wave band, best known for a series of top ten single and album hits in the UK charts during the 1980s.The band has been led by two different frontmen who never played together in the band at the same time. From 1974 until 1979, John Foxx was frontman and main driving force behind Ultravox. Foxx left the band to embark on a solo career. Following Foxx’s departure, with the three remaining members in hiatus, Midge Ure took over as lead singer, guitarist, and frontman. Ure revitalised the band and drove it to commercial success lasting until the mid-1980s. Ure left the band in 1987 after establishing a solo career and the group disbanded for a while. A new line-up, led by sole original band member keyboard player/violinist Billy Currie, was formed in 1992, but achieved little success.

The band’s best-known line-up of Currie, bassist Chris Cross, drummer Warren Cann and Ure reformed in 2008 and performed a series of reunion shows in 2009 and 2010 before releasing the Brilliant album in May 2012, their first together since the Lament album in 1984. In November 2013 Ultravox performed as special guests on a four date UK arena tour with Simple Minds. In early March 1978, Stevie Shears, whose style of guitar playing was considered a limiting factor, was sacked from the band after they toured England and joined Cowboys International in 1980. He was replaced by Robert Simon (ex-member of Ian North’s Neo), who during his first days with the band changed his performance-name to Robin Simon.Some time in 1978, the group also dropped the exclamation mark, becoming simply “Ultravox”. The new line-up performed live at the Reading Festival along with Radio Stars, Penetration, Sham 69, The Pirates and The Jam, playing early versions of “Slow Motion” and “Quiet Men” on 25 August 1978.   …With the band seemingly over, Ultravox were revitalised by Midge Ure, who joined the band as vocalist, guitarist and keyboardist. He had already achieved minor success with semi-glam outfit Slik and Glen Matlock’s The Rich Kids, and in 1979 he was temporarily playing with hard rock band Thin Lizzy.

Ure and Billy Currie had met while collaborating on Visage, a studio-based band fronted by New Romantic icon and nightclub impresario Steve Strange. Encouraged by Visage drummer and mutual friend Rusty Egan, Currie asked Ure to join Ultravox. Ure filled both John Foxx’s and Robin Simon’s posts for Ultravox’s next album, Vienna, which heralded a major change of direction and would become their most successful to date, far surpassing any of the previous Ultravox (or Foxx’s) albums. As with Systems of Romance, it was produced in Germany by Conny Plank. Ure knew of Ultravox’s past, being a fan of Systems to the point where the new four-piece outfit (Ultravox mk. III, often called “the classic line-up”) played songs from that album on tours with Ure singing Foxx’s lyrics. Released on Chrysalis Records in June 1980, the Vienna album produced the band’s first UK Top 40 hit with “Sleepwalk”, while the album itself peaked at No. 14. A second single, “Passing Strangers”, failed to reach the Top 40, but the band achieved a substantial hit with the third single, the album’s title track (inspired by Carol Reed’s 1949 film The Third Man). Accompanied by a highly distinctive video, the single became Ultravox’s biggest ever hit, peaking at No. 2 in early 1981 (kept off the top spot by Joe Dolce with “Shaddap You Face”). On the strength of the single, the album then re-entered the chart and reached No. 3 in early1981. A fourth single from the album, “All Stood Still”, peaked at No. 8.

This was soon followed by Rage in Eden (1981), with the band returning to Conny Plank’s studio for what turned out to be a difficult recording session. Whereas the Vienna material had been performed live a great deal prior to a three-week recording process, Rage in Eden took over three months. The album featured a long track in three parts on the second side. The album peaked at No. 4 in the UK, while two singles from the album, “The Thin Wall” and “The Voice”, both reached the UK Top 20. Ultravox teamed up with producer George Martin for 1982’s Quartet, which peaked at No. 6 in the UK and contained four Top 20 hit singles. It was their most successful album in the U.S., peaking at No. 61. The band undertook a major world tour known as the Monument Tour, which was recorded and released as a live LP and video in 1983 which also reached the UK top ten.

1984’s Lament continued the band’s run of top ten albums and produced three top 40 hit singles, including the international hit “Dancing with Tears in My Eyes” (UK No. 3). This album was the last to feature the “classic” line-up of the band. Towards the end of 1984, a “greatest hits” compilation spanning the band’s 1980s output was released entitled The Collection. It was preceded by a new single, “Love’s Great Adventure”, which enjoyed massive radio airplay that autumn, which saw the single eventually peak at No. 12 in the UK, and was accompanied by a popular Indiana Jones-style spoof video. The Collection went triple Platinum and reached No. 2 in the UK album chart, the band’s highest ever peak.  At this time, Ure also co-wrote and helped produce the 1984 Band Aid single “Do They Know It’s Christmas?”. The group also appeared at Live Aid the following year and played four of their hit singles (“Vienna”, “Reap the Wild Wind”, “Dancing with Tears in My Eyes” and “One Small Day”). Later in 1985, Ure scored a No. 1 solo hit with “If I Was” and his solo album The Gift reached No. 2 in the UK.

Ultravox reconvened in 1986, but Warren Cann was sacked from the band at the beginning of sessions for their U-Vox album. Cann emigrated to the US and retired from music to become an actor. Big Country’s Mark Brzezicki took his place. U-Vox was later described by Currie and Ure as “unfocused”. Although it continued their string of top ten albums in the UK, the declining performance of its singles prompted both Ure and Cross to leave the band. In 1987 Ultravox decided not to continue, after the U-Vox tour early that year, and split up in 1988. Ure subsequently concentrated on his solo career with varying levels of success, and Cross retired from music altogether and returned to his former career as a psychotherapist. Billy Currie and Robin Simon reunited in 1989 as the short-lived Humania, performing live shows but never making a release until 2006, when Currie released a Humania-recorded album, Sinews of the Soul. 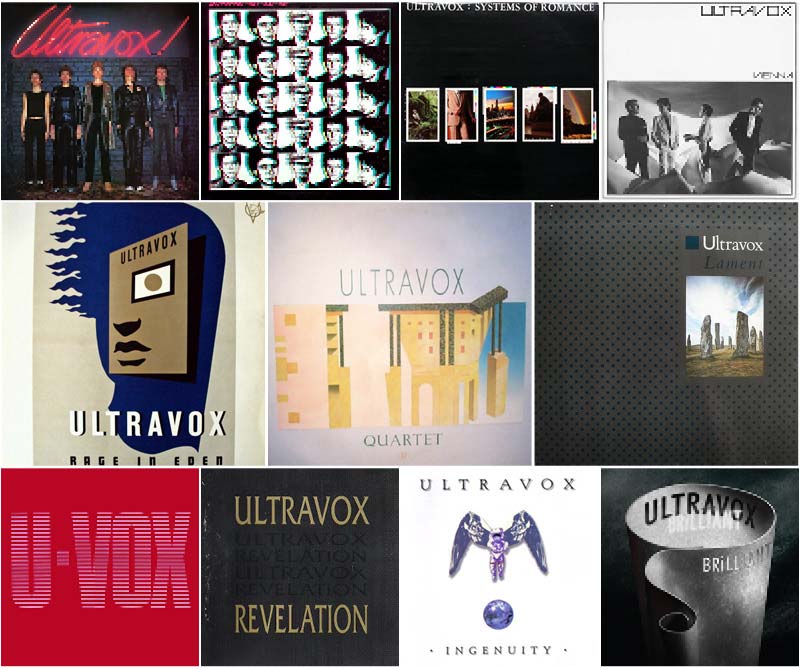 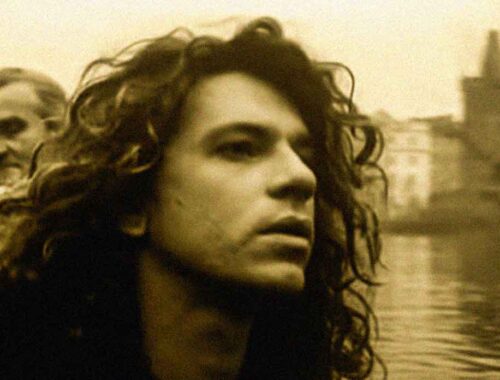