Trans-X was started by Canadian musician Pascal Languirand. In 1982 he recruited Montreal Keyboardist /Programmer Steve Wyatt as the second half of the Trans-X duo. Together they recorded a demo that got Trans-X a recording contract for a single (Vivre sur Video). Steve Wyatt played some synthesizer and did some programming on Vivre sur Video (Living on Video), he also composed “Digital World” and played all the instruments on the track, which was on the flip side of the single.

“Digital World” can also be found on the maxi-single and on the Living on Video album. Steve Wyatt left Trans-X sometime in late 1983. Pascal later recruited Montrealer Laurie Ann Gill as the second half of the Trans-X duo. Gill can be seen in the early videos where she performed backing vocals for synthpop group Nudimension. When their first song “Living on Video” was released it was an instant hit in Canada and the single later sold two million copies and reached British and European Top ten charts on its 1985 re-release.

All songs were featured on the subsequent album, Living on Video. In 1986, Languirand decided to retire as Trans-X after his latest album Living on My Own failed to chart outside of Canada. After the album was released Languirand went silent for a few years and decided to continue his solo career with new age music, ambient, space music instead of electronica.

In 1994, Languirand returned as Trans-X performing live with Nadia Sohaei. In 1998, he released the Greatest Hits album. Later Languirand recorded a remake of his main hit under the title “Living on Video 2003” and released The Drag-Matic Album, produced by Michel Huygen of Neuronium. One more new version of this hit, “Living on Video 2k6” was released on 6 May 2006.

As of 2010, Languirand lives in Mexico and is preparing a new album by Trans-X for release. 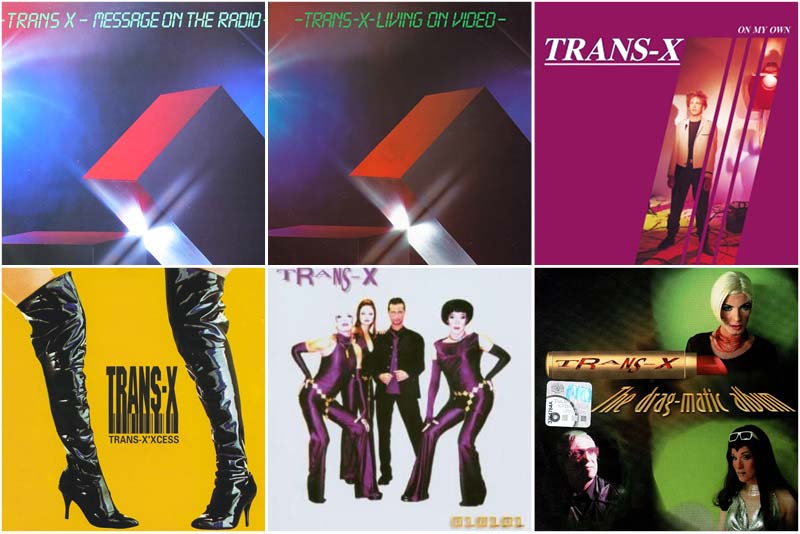